Sermon: The prayer we live 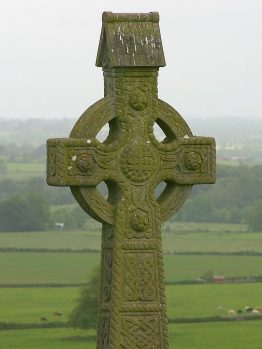 The Ancient Celts spoke of “Thin Places,” where the distance between the spiritual world and the material world was thin. This is an interesting idea, and one I touch upon in this sermon.

Full audio of the sermon: The Prayer We Live

The Lord’s Prayer is one of the first things that children are taught in Sunday school.  It has been prayed by the congregation in nearly every worship service I have been a part of.  For many Christians, the words “Our Father” trigger the rest of the prayer to flow easily.  There is power in having the words of Jesus so readily available.  There is also a danger.  The danger is that the power of the words in the Lord’s Prayer can lose their edge.  They can become something that we recite without thought.  That is partly why I love the Common English Bible’s translation of the prayer.  It is different from the prayer that I memorized as a child, and the difference points to something that is important that is sometimes lost.  I’m lucky to have studied with a great pastor who opened up the Lord’s Prayer to me in a powerful way.  The translation of the Common English Bible picks up on this:

When you pray, don’t pour out a flood of empty words, as the Gentiles do. They think that by saying many words they’ll be heard. Don’t be like them, because your Father knows what you need before you ask. Pray like this: ‘Our Father who is in heaven, uphold the holiness of your name. Bring in your kingdom so that your will is done on earth as it’s done in heaven. Give us the bread we need for today. Forgive us for the ways we have wronged you, just as we also forgive those who have wronged us. And don’t lead us into temptation, but rescue us from the evil one.’ (Matthew 6:7-13, Common English Bible)